One Last Thing Before I Go 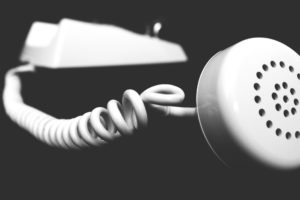 Sometimes, words are ineffective. We want to tell people how much we love them, how sorry we are, or how much we need them, but language, together with the discomfort that vulnerability brings, fails to lift the veil off our true emotions. It’s this barrier – the barricade that so often gets in the way of building relationships in which we are truly seen – that this episode of This American Life so beautifully explores. In the first act, Miki Meek tells the story of a disconnected phone booth in Japan where thousands of people who lost loved ones in the 2011 tsunami and earthquake speak to their dead. In these extraordinary one-way conversations, the survivors voice the indelible pain of their loss. It’s profoundly moving. In the second act, Jonathan Goldstein (of Gimlet’s Heavyweight) serves as interlocutor between his uncle and his father, who have not spoken in decades. It is a touching, hilarious, and sad conversation that explores one particularly painful childhood misunderstanding, clearing the way for a new beginning. When people say (and they say it often) that “it’s never too late” to heal old wounds and rebuild a destroyed relationship, the scenario they usually have in mind is one with two sentient people — individuals, like Goldstein’s father and uncle, who are able to speak to each other. But there’s another story here: it’s never too late –even after death — when what you say is met with stillness and silence.